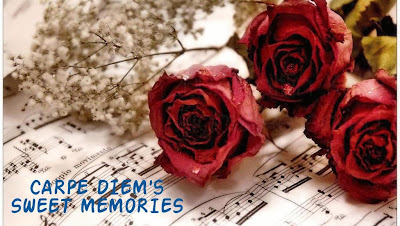 It's a New Year and in this time of year (and before) most of us will have moments in which they are thinking back to nice times or sad times ... We all have Memories. As we are on board of the Trans Siberian Railroad on a trip straight through the Soviet Union ... we are in touch with the memories of Paulo Coelho for example, but during that journey I have also read wonderful haiku based on Sweet (and sad) Memories.
Memories are part of our life and sometimes those memories have brought nice haiku in the past, but they can also bring new haiku right now. Every haiku you have written during your lifetime has a memory build in it.
This special feature is meant to be for those haiku, senryu, tanka or kyoka which bring (Sweet) Memories to you. Here you can share a haiku written around such a memory.

For this episode of "Sweet Memories" I have chosen to share my first English haiku ever which I wrote somewhere back in 2005. That haiku I published on Wonder Haiku Worlds and it brought me (finally) what I once dreamed for, becoming Internationally known as a haiku-poet. That first haiku was translated in a lot of other languages and was published in a world wide anthology "Spasms of Light" in 2011.

a lonely flower
my companion
for one night 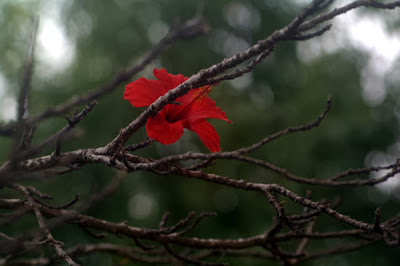 Really a nice haiku and I than couldn't think that it would bring fame.

For this feature you don't get a prompt, you may share what you want ... of course that has to be a haiku, senryu, tanka or kyoka (smiles), the only thing is that the haiku you share has a story, a memory. Just feel free to share your memories caught in haiku.

This episode of "Sweet Memories" will be open for your submissions until January 28th 11.59 AM (CET) and I will try to publish a new episode of 'sweet memories' on that same day. !! This episode is NOW OPEN !!

Posted by Chèvrefeuille at 3:56 AM