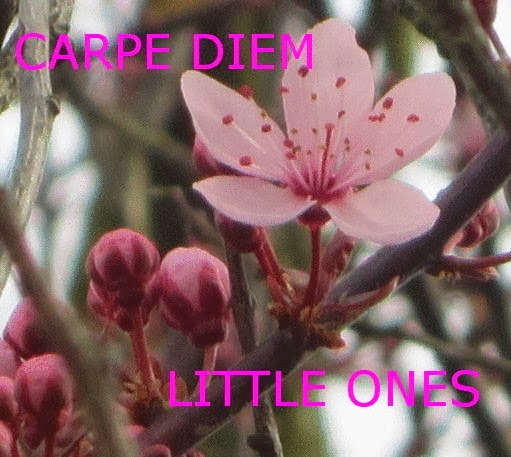 I am a bit late with this new episode of our Little Ones feature, the feature in which I challenge you to think "out of the haiku-box" by writing other short poems as for example 'cinquain', 'villanelle' or 'tanka'.
This episode is inspired on the posts by Bjorn Rudberg of Bjorn Rudberg's Writings for this month's Carpe Diem in which we are on a journey straight through the (former) Soviet Union. He writes an every day haibun followed by a so called "American Sentence". I had never heard about that poetry form, but as I read the first posts by Bjorn ... I started to like those "American Sentences" ... that's the reason why I have chosen for this theme for this episode of our special feature "Little Ones". 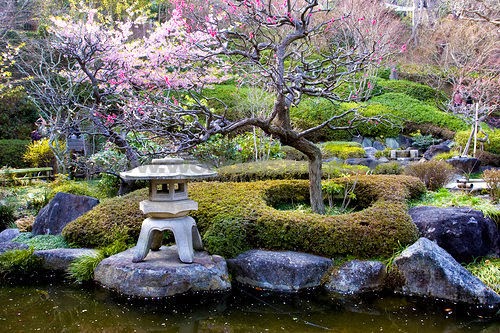 Let me tell you something more about this so called "American Sentences".

Bjorn Rudberg recently introduced me to American Sentences, a poetic form developed by Allen Ginsberg in the mid-1980′s as a response to the haiku.  If haiku involved seventeen syllables down the page, he reasoned, American Sentences would be seventeen syllables across the page–an attempt to more accurately “Americanize” a form that had previously translated only roughly across the Pacific into the context of American poetry.

Like (rough) English approximations of the haiku, American Sentences work closely with concision of line and sharpness of detail.  Unlike its literary predecessor, however, it is compressed into a single line of poetry and included a reference to a month and year (or alternatively, a location) rather than a season.
An few examples by Allen Ginsberg:
Four skinheads stand in the streetlight rain chatting under an umbrella.
Or this one:
Put my tie on in a taxi, short of breath, rushing to meditate

And what to think of this example written by Bjorn Rudberg for the Irkutsk prompt at our Carpe Diem Haiku Kai weblog:
The wonders of a city threatens, as its viewed from a compartment
I think this isn't an easy poetry form, but they say "if you can write haiku, than you can write an American Sentence too". Well ... we will see ... 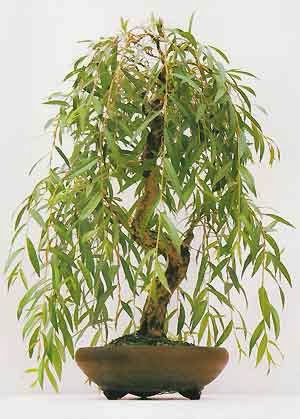 Bonsai Weeping Willow
Here is my attempt, I have chosen to use a old haiku of myself to write this first American Sentence ever.
This the haiku which I used: