Use that quote #6, Albert Einstein 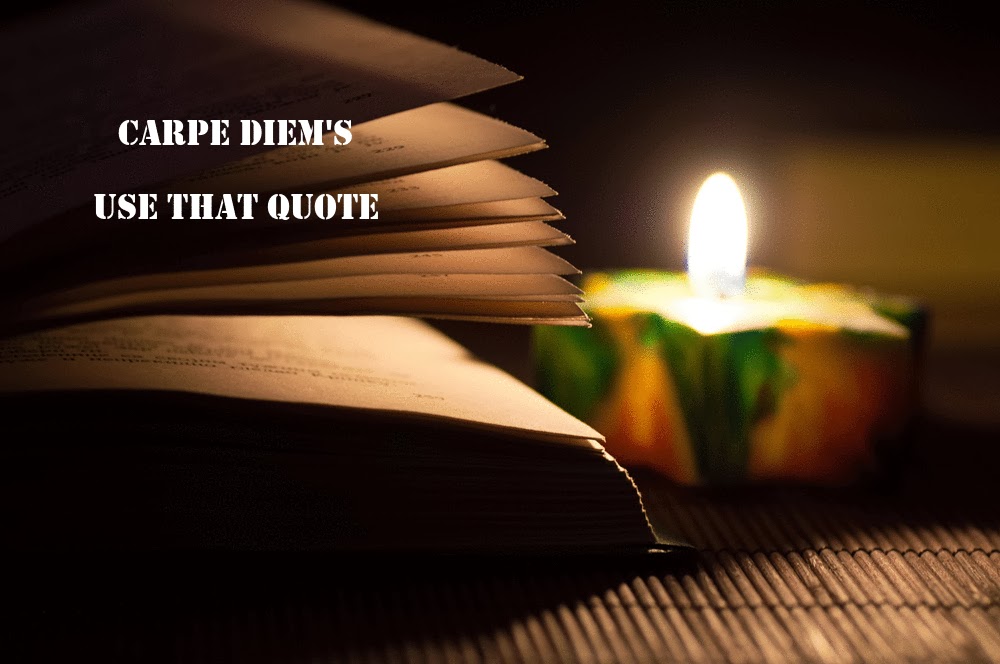 It's my pleasure to create a new episode of Carpe Diem's "Use that Quote" for this episode I have chosen a quote by Albert Einstein.

Albert Einstein was born at Ulm, in Württemberg, Germany, on March 14, 1879. Six weeks later the family moved to Munich, where he later on began his schooling at the Luitpold Gymnasium. Later, they moved to Italy and Albert continued his education at Aarau, Switzerland and in 1896 he entered the Swiss Federal Polytechnic School in Zurich to be trained as a teacher in physics and mathematics. In 1901, the year he gained his diploma, he acquired Swiss citizenship and, as he was unable to find a teaching post, he accepted a position as technical assistant in the Swiss Patent Office. In 1905 he obtained his doctor's degree.
During his stay at the Patent Office, and in his spare time, he produced much of his remarkable work and in 1908 he was appointed Privatdozent in Berne. In 1909 he became Professor Extraordinary at Zurich, in 1911 Professor of Theoretical Physics at Prague, returning to Zurich in the following year to fill a similar post. In 1914 he was appointed Director of the Kaiser Wilhelm Physical Institute and Professor in the University of Berlin. He became a German citizen in 1914 and remained in Berlin until 1933 when he renounced his citizenship for political reasons and emigrated to America to take the position of Professor of Theoretical Physics at Princeton*. He became a United States citizen in 1940 and retired from his post in 1945.
Einstein always appeared to have a clear view of the problems of physics and the determination to solve them. He had a strategy of his own and was able to visualize the main stages on the way to his goal. He regarded his major achievements as mere stepping-stones for the next advance.
In the 1920's, Einstein embarked on the construction of unified field theories, although he continued to work on the probabilistic interpretation of quantum theory, and he persevered with this work in America. He contributed to statistical mechanics by his development of the quantum theory of a monatomic gas and he has also accomplished valuable work in connection with atomic transition probabilities and relativistic cosmology.

Here is Einstein's quote for your inspiration:

[...] "Only one who devotes himself to a cause with his whole strength and soul can be a true master. For this reason mastery demands all of a person." [...]

The goal is to write a haiku, senryu, tanka, kyoka or haibun inspired on the quote. I think this one isn't easy, but well ... it has to be challenging ...

devotees of Buddha
meditating and contemplating
to become master

This episode op CD Use That Quote is NOW OPEN for your submissions and will remain open until June 30th at noon. Have fun, be inspired and share your inspired haiku with us all here at our Carpe Diem Haiku Kai Special.

Posted by Chèvrefeuille at 6:41 AM